We have spoken to the artist Alice X. Zhang, who was at San Diego Comic Con this month via e-mail! You can read the interview below!

When did you find out you wanted to be an illustrator?

I’ve been drawing since I was a kid, but actually did not decide on being an illustrator until after art college. I majored in Graphic Design, which I did not like and did not want to pursue a career in (even though I finished the program.) So in m spare time I began to teach myself digital painting and found I enjoyed that much more.

How did you become a fan of Doctor Who?
Mainly through word-of-mouth – I began hearing a lot about the show online, and many people recommended it to me. I came into the series quite late (Matt Smith was my first Doctor, bless him) and caught up on the past seasons while waiting for the new ones.

How was the approach for Titan Comics? Did they ask you to do the arts for DW? Or did you invite yourself in?
Titan approached me. I was posting a lot of Doctor Who fan art online, and the feedback I got from the community was very positive. I guess my artwork circulated around the internet until it finally reached my editor!

How is the creative process for the Doctor Who covers for Titan?
My editor gives me a collection of approved reference images, and helps me mock up the pose – after that I have free reign, so that’s great for me. I like to use a lot of bright colors because I believe covers should be as eye-catching as possible!

Did you ever think about doing an entire comic, for Doctor Who or something else?
I haven’t done any sequential art, I don’t think it’s my strength – I like to focus on one piece at a time. But it’s something that I should learn in the future!

What other comics do you read?
I am really enjoying the current Hawkeye series by Matt Fraction. I like the dog. 😉

Have you considered doing illustrations of former Doctors and Companions of the Classic Era?
Yes, it would be wonderful to eventually have done portraits of every Doctor and companion. Some day…

Who’s your favorite Doctor?
Eleven! My first and favorite.

Do you have any plans for the future? We have Comic Con Experience in Brazil next December, and we would love to have you here! We have an Artist’s Alley too!
I have a solo show coming up later this year, and am also planning on attending a few cons here and there. Wow… I’ve never been to South America, so that’d be quite exciting. 🙂 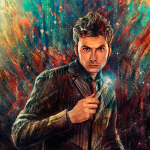 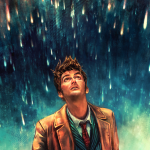 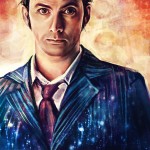 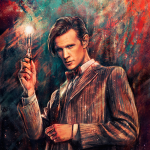 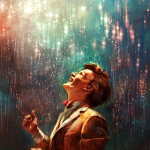 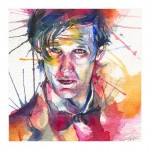 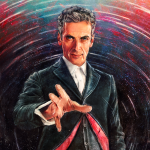 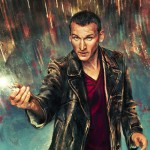 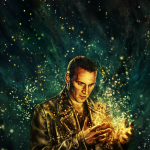 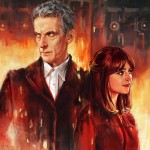 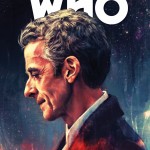 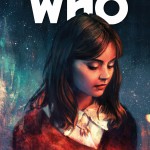 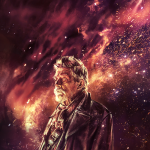 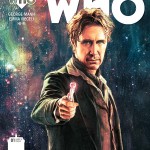 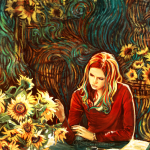 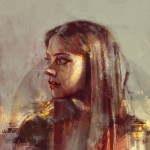 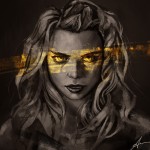 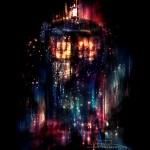 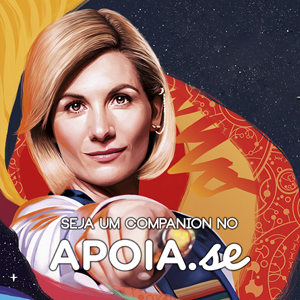